“Great…another lame social networking site. I don’t have time for this stuff! Heck, I hardly use my Facebook account…how do people manage to keep these things updated anyway?” exclaims a fellow hotelier. On some days and with certain social networking offshoots I’d be inclined to agree. However Twitter is truly something else. 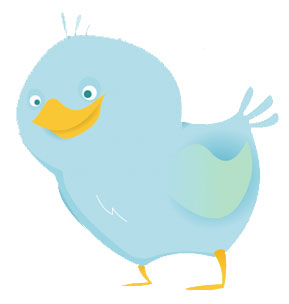 Although it’s hard to take a count, there are at least 140 ‘popular’ social networking sites, varying in community focus, from business networks to friend feeds to photo enthusiast platforms. MySpace and Facebook lead the pack, with Compete.com ranking Twitter the 3rd largest, with a population of approximately 6 million users and 55 million visitors per month.

For those who’ve never heard of it, Twitter is a social network built on the concept of micro-blogging, i.e. it allows users to send and read updates (limited to 140 characters) from those in their network.  You build your network by choosing interesting people to follow and others follow you, based on how interesting they think YOU are. So you can update those you know…and the world (your updates are visible on your Twitter page)…on everything that you’re doing, thinking about or experiencing. As you can imagine, the possibilities for using this power ranges from the absolutely brilliant to plain cases of ‘waaayy too much detail’.

So what’s the big deal?

Well, for one, the fact that updates or ‘tweets’ are limited to 140 characters forces Tweeters to be as lucid as possible and is a great way to communicate the central idea quickly. The ability to share links allows users to share great discoveries and creations with a live audience. The fact that users can also send direct messages, engage in public dialogue as well as quickly access Twitter from a multitude of platforms and mobile devices also provides a fantastic way to keep your finger on the pulse of the ‘live web’.

Many don’t quite see it yet, but social networks and microblogging services like Twitter also represent an evolution in the way we search the internet. Today, search has already moved beyond plain ‘web search’ to a mash-up of weblinks, news, photos, videos and groups…but all these still represent a search of the STATIC web. The ability to search what people are saying right NOW is a huge leap forward in terms of using the web as a ‘live’ window to the world. Great examples of this power have already been publicized over the past year…eyewitness Twitter updates during the Mumbai bombings before the media could get there, the use of the tool for ‘social justice’ by a U.S. student arrested in Egypt…and even the Barack Obama campaign’s use of Twitter during the elections.

Imagine a million voices discussing your product, brand or service. Wouldn’t it be great to be able to listen to what they’re saying? How about a simple web search?

Starting to get the picture?

So you’re probably wondering…the people using a tool like Twitter just HAVE to be nerds and geeks, right? After all, no self-respecting jock or social butterfly would resort to the web to ‘network’.

Based on the perceived nature of early tech adopters, this may seem like a fair assumption to make, however it is luckily as wrong as it gets. Not only is the Twitter community composed of an entire gamut of professions, from media to doctors to entrepreneurs and housewives, but the base also represents a variety of opinion leaders, respected members of the local community and early adopters.

To run a quick check on what this diverse community had to say, I ran a quick and dirty personal survey called ‘The Twitterati Dozen’ recently. The participants were 23 Twitter users (14 from the local Dubai community), who collectively had about 9,000 followers and had contributed well over 28,500 tweets to-date. So a pretty influential crowd, overall. The idea behind the survey was to basically find out first hand, what they thought about the tool, any tips on ‘twetiquette’ and what they believed were the most important factors to ‘Twitter success’ for a hospitality marketer.

In some respects, the lessons learnt were expected…but there were some surprises too. For example, most of these ‘Twitterati’ chose to follow those they thought had interesting things to say and share – no surprise there. Very few used automatic tools to grow their network and none restricted their networks geographically. The most loved features of Twitter include its simplicity and instantaneous nature. While some complaints were about limitations in Twitter functionality; spam, self-promotion and pointless updates seemed pretty high on the pet peeves list. Twetiquette seemed pretty closely aligned to real world etiquette, i.e. say unto others as you would have them say to you, courtesy and engaging in real dialogue, rather than a one-way stream of Tweets.

I would have thought that discounts and special offers would have ranked pretty high with online discount hunters…and that’s where I was wrong. For hotel marketers looking to be successful on Twitter, the keys are honesty and transparency. Listening and responding to customer problems, suggestions and praise was equally crucial. Also, while brand / business reputation is somewhat important, the ability to build personal relationships is vital, with timeliness and frequency of updates following suit.

The conflict most companies also have is how to present their brand and organizational identity clearly, when only one or two people may actively be engaged in social networking on their behalf. How do you build relationships without the personalities of these individuals coming to the fore? The Twitterati seem to think that the knowledge of who’s actually doing the Tweeting is only of average importance…at the end of the day the business / brand still matters and if the social networker moves on, then his / her successor needs to have the impetus to keep those relationships going.

This leads me to some very interesting conclusions. It seems that as Twitter evolves, it has actually managed to gather some of the most active, engaged members of the community and professions to participate in the excitement of a living, breathing web. The etiquette of this living, electronic mirror to our world is very similar to the ‘social’ behavior normally expected of us.

Hospitality has always been defined by the quality of its human interactions, or ‘moments of truth’. As long as marketers don’t get too caught up in gaming the system and ‘creating’ viral value, the evolving social web represents a fantastic window to brand building opportunities and meaningful, real-time dialog with our customers. Companies who try to control and censor what the social web has to say about them may find the process as easy as stalking the streets for anyone who’s got anything bad to say…and clubbing them on the head. A misguided and futile endeavour, no matter how you approach it.

The tools, like Twitter and Facebook, are the evolving means to an end…one in which the Internet is simply an electronic version of our ‘reality’. Is @anyone listening?

Note: You can find the results of the Twitterati Dozen Survey here and follow me @hotelemarketer 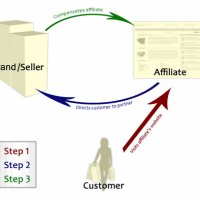 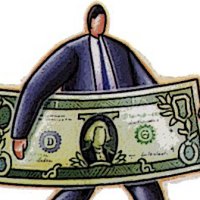 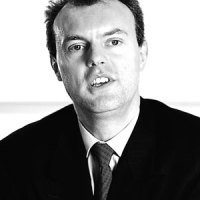