We accept the reality of the world with which we are presented. We’ve become bored with watching actors give us phony emotions. We are tired of pyrotechnics and special effects. While the world he inhabits is, in some respects, counterfeit, there’s nothing fake about Truman himself. No scripts, no cue cards. It isn’t always Shakespeare, but it’s genuine. It’s a life. – Christof (Ed Harris): The creator of The Truman Show

You may remember the above dialogues from an old big screen favourite, The Truman Show, released in 1998. The movie is above an insurance salesman who discovers his entire life is actually a TV show. While the comedy and irony of the script is quite entertaining, who amongst us has never felt like they were being ‘watched’? Whether it’s the TV version of ‘Big Brother’ or something out of the catacombs of government surveillance, the world’s become a big stage…but just who’s watching who? And what in the world does this have to do with hospitality?

You’ve got to agree that the way hotels work today are far removed from the inns of yore. Consumer access to information and improved transparency, at least in the shadowy world of pricing, has made many a ‘Basil Fawlty’ squirm and shudder. The Internet has been a great equalizer, but how far have we come…and what can hoteliers expect in the future?

Hotel rate transparency is nothing new – from advanced rate shopping on Online Travel Agency sites to handy meta search with the likes of Kayak – comparing competitive pricing has become a snap. The level of refinement, trend information and coverage of new and existing tools continues to improve dramatically with every release. For example, adding yet another facet to rate transparency, Yapta, the rate tracking site, recently announced that it would be extending its free service to cover Hotels too. Not only can consumers now find the best comparative rate, but also get instant email alerts should those rates drop…definitely something for revenue and distribution managers to watch out for!

Hotel rooming plans and layouts, long the cherished ‘cat in the bag’ of savvy Front Office Managers, have also been let loose. Sites like TripKick intend to de-cloak hotels and disarm hoteliers by warning guests of those rooms no self-respecting hotel guest would want to stay in. Not only are room types listed in gory detail, but tips are offered on what room numbers to request upon check-in!

On to guest experiences…what good hotel GM today is unaware of the power of sites like TripAdvisor? While review sites are far from being perfect and unbiased, the sheer reach and ability to influence (especially first-time) purchase decisions is something no hungry hotelier can choose to ignore. With increasing bandwidth and decreasing camera size, almost every hotel guest today is armed with devices that collect ready proof of a good…or more likely, bad, experience. Reviews have become increasingly visual, with the number of user-generated photos and videos growing at a frenzied pace. Armed with nothing more than mobile phones, every guest is a reporter, broadcaster and critic…it may not be long before we start seeing video reviews and “oops” hotel moments on the Web.

While the supporting technology and popularity of these new sites may fluctuate wildly, one idea is here to stay…transparency. Consumers love it. We all do. In the workplace though, as hoteliers, we may just have to accept the fact that our profession has come full circle…hospitality is as much about old-world showmanship as it is about warm, authentic service. So when you next put on your bowtie and hit the stage, remember…your audience may be bigger than you think…and they’re definitely watching!

2 comments on “Transparency, the Internet and good hospitality – All the hotel’s a stage…” 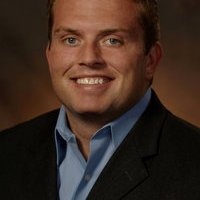