Marriott International was recently included on the World’s Most Admired Companies list by Fortune Magazine, for the 17th year in a row…and all for good reason. Marriott is now the world’s largest hotel company in the world, following its acquisition of Starwood Hotels & Resorts**. Marriott is also home to Marriott Rewards, its global loyalty program and M Live, a 24 hour, real time marketing studio.

I was both delighted and impressed by Marriott’s recent entry* for The Shorty Awards (now in their 9th year, they recognize the latest and greatest in social media). Voting for finalists has now ended, but here’s the gist of M Live’s great effort that turned timely response, plus a little over $3k in spend to millions in brand awareness and reach (as opposed to a corporate partnership with Niantic, which would have reportedly cost well over $10m).

When Pokémon Go was all the rage in 2016, brands and individuals the world over were scrambling to get a piece of the action. Nick Johnson stepped into the limelight as the Pokémon Go player (master) to capture all 142 Pokémon available in the US. In the original video games, there were 151 Pokémon monsters and Niantic, the maker of Pokémon Go made 142 of these available across the US, with another 6 rare monsters in hiding and 3 only available outside the US.

M Live, which outside the US, also has regional hubs in Europe and Asia-Pacific, was diligently monitoring the buzz around Pokémon Go on key social channels, especially Twitter and Snapchat. M Live and Marriott Rewards intervened in timely fashion to offer Nick Johnson an opportunity to travel the world and complete his Pokémon collection. The company then stepped back and let Nick do his thing. The resulting outcome was tremendous – 800+ news outlets covered the story, with over 281m PR impressions and 9m Twitter impressions. Plus they made one particular Pokémon Master very very happy.

I choose you! My pal #Pikachu at @hkrenaissance got me ready to catch em all in #HongKong. @MarriottRewards https://t.co/qYMt63T4MA—
Nick Johnson (@NLJ_1) August 02, 2016

Check out the full Shorty Award entry here – a video summary is included with the submission. Watch on Vimeo or below (password – MIPokemon)

Kudos to the M Live team!

Real time social media monitoring and engagement is vital to any brand arsenal today…and more companies are getting their timing and interventions just right. Late last year Emirates Airlines also scored big when they upgraded renowned Vlogger Casey Niestat from Business to First Class. The resulting Vlog blew away even Casey’s expectations…to date, it has had almost 32 million views on YouTube.

**Disclosure: In my day job, I work with a portfolio of legacy Starwood Hotels and in essence, for Marriott International. All content and opinions expressed on this blog are entirely personal. 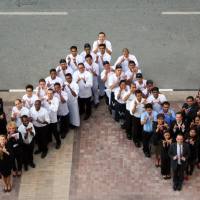 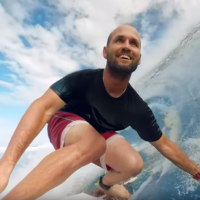